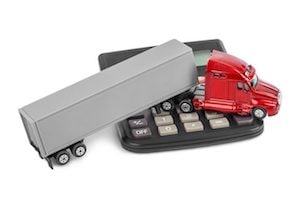 We recently read a blog posted by Ronald Miller in his excellent Maryland Injury Lawyer Blog about an interesting correlation which exists between truck driver compensation and safety outcomes. According to a study by Cornell University (about which the Miller wrote), the more a truck driver is paid the less likely he is to engage in risky behavior. This actually seems to be common sense. Those drivers who have to drive too many hours or drive while fatigued are obviously doing so in order to increase their wages. If they were paid a fair wage based on reasonable work hours and driving conditions there would be no reason for them to engage in such risky behavior. Regrettably, the anecdotal experience we have as lawyers here in Georgia tends to indicate that the study conducted by Cornell University is absolutely “spot on”.

A case we handled is a good example of this interesting correlation. In this case, the truck driver was paid by the mile. The more miles he drove, the more money he made. Unfortunately, his mileage rate was lower than is customary and thus he had to work long hours and drive while fatigued to make a decent wage. Of course, this was a deadly mixture because this driver, in order to keep driving such long hours and distances began taking methamphetamine and amphetamine and finally cocaine. The term “speed ball” is almost an industry term by now base on this phenomenon and refers to drivers who are hyped up all the time on stimulants in order to allow them to drive longer and longer hours and greater and greater distances. Why? To increase their compensation.

The attorneys here at our office certainly can attest based on our experience in handling many such cases that truck drivers will speed and drive without proper rest in order to make more money. Thus, if trucking companies paid good wages on the front side and provided good working conditions, the risk to the public would go down. Thus, the implication of the study conducted by Cornell University is that the trucking industry needs to engage in some self-evaluation. If there is reform in wages, there will be an impact on safety. This is nothing more than common sense. Regrettably, in our judgment, because of the desire to maximize profits at the expense of the public, accidents will continue to occur until the reform is mandated either by a government body, the insurance industry, or the employer/trucking companies themselves.