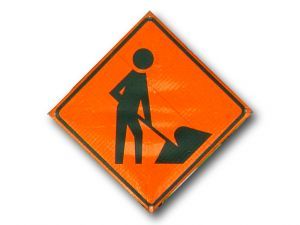 Last spring, a devastating crash in a construction zone left one worker and one semi truck driver dead.

The truck reportedly struck a line of cars that had been stopped in a construction zone in Colorado, causing the tractor trailer to flip, throwing the driver, crushing the worker and spilling a load of 40-foot poles all over the road.

Several years ago and a bit closer to home, when a 59-year-old driver was killed after struck by a logging truck that was speeding through a construction zone.

Our Atlanta truck accident lawyers know that with spring approaching, work crews are going to be out in full force to repair the roads damaged by freeze-and-thaw cycles. It is critical that everyone driving through a construction zone follow all posted signs, keep their speed lowered and avoid all obvious distractions.

About a decade ago, Georgia was ranked No. 3 in terms of work zone fatalities. As of 2009, we ranked 4th, so we haven’t made much progress. That year, the National Work Zone Safety Information Clearing House reported that Georgia had 32 work zone fatalities. We were just behind California, Florida and Texas. Considering that population figures in each of these other states is far higher than our own, these statistics are abysmal.

Across the country, approximately 40,000 people are injured each year in construction zone accidents. The U.S. Department of Transportation estimates that a work zone injury happens once every nine minutes (160 daily) and a fatality occurs every 8.2 hours (three every day).

But these crashes are virtually 100 percent preventable with actions taken by either the workers, the truck drivers or the general public motorists.

For both commercial drivers and truck drivers, the DOT recommends:

Drivers in Georgia may also want to check out the state DOT’s regular updates on active road projects and potential detours or delays. For example, this month in the Metro Atlanta area, there are six major road projects being spear-headed by the DOT, including resurfacing on I-285 and the road widening project at Johnson Ferry/Abernathy Road. Knowing ahead of time that you may face delays will allow you to plan accordingly and reduce the risks to others.