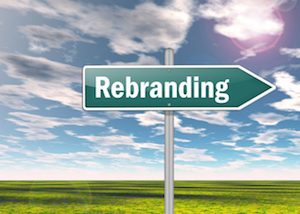 Georgia injury lawyers handling tractor trailer accident cases involving serious injury or wrongful death cases are well aware of the dangerous trucks on Georgia highways. Recently, the Associated Press obtained a study by the Government Accountability Office (GAO) that found that hundreds of tractor-trailer and bus companies which had been ordered to shut down because of federal safety violations ranging from suspended licenses to possible drug use have stayed on the road by using different names. The GAO report found that a number of the commercial bus companies that had been fined and ordered out of service in 2007 and 2008 by federal regulators evaded compliance by setting up business under new names. Unfortunately, the investigation found offenders in at least nine (9) states, including Georgia.

Accordingly to the GAO’s investigation, violators owed tens of thousands of dollars in past due fines and had many violations. Another 1,073 commercial trucking firms are also believed to have evaded compliance by reorganizing the company under a new name, often using the same address, owner’s name, employees and contact numbers. According to the report, the Federal Motor Carrier Safety Administration says that it has put in place new oversight measures, including a computer matching process to compare new applicants to various motor carriers dating back to 2003.

The study by the GAO came about a year after an unlicensed charter bus, carrying a Vietnamese-American Catholic group, blew a retreaded tire installed on a steering axle. As a result, the bus skidded off a Texas highway resulting in the death of 17 people. The use of recapped tires on the steering wheels is a violation of one of many federal regulations. Tractor-trailer and bus companies that operate in violation of federal safety laws pose a significant threat to the motoring public. It is believed that at least 300 fatalities occurred last year from bus crashes alone.

If you or a loved one have been seriously injured or lost a loved one as a result of a truck accident, call the Georgia injury lawyers at Finch McCranie LLP at (404) 658-9070. We have over 40 years experience pursuing wrongful death lawsuits.