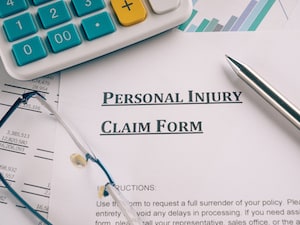 In a serious injury case, in order to achieve a just resolution for any client, it is obviously necessary that all damages caused by the incident be fully documented. In a typical automobile case where someone is seriously injured, as an example, there will typically be extensive medical bills and lost wages involved. The medical bills themselves, tax returns and W-2s, obviously, are pieces of evidence that can be used to document the extent of the damages. In addition to proof of “special damages” documentation of damages can also take the form or MRIs, X-rays, and other demonstrative exhibits which will show the extent of the injuries. Photographs can be used to graphically demonstrate injuries as well as can deposition testimony from treating physicians. In those cases where future damages are likely to be incurred, there has to be either medical or expert testimony offered in support of same. As an example, if a doctor testifies that someone is completely disabled from working, the tax returns showing their earning history would be evidence of the wages that likely will be lost in the future. An economist can be employed and/or a Life Care Planer to document the extent of the future lost wages and/or extent of future medical expenses assuming the medical treatment is likely to continue as well. In a wrongful death context, damages caused by the death of the decedent, of course, requires different considerations.

In a personal injury case arising from an automobile wreck, tractor-trailer collision, medical malpractice, products liability or otherwise, the key in obtaining a just result for any client is documenting as fully and completely as possible all damages sustained by the innocent party. The more documentation, the better in terms of proving the extent of the damages. The better the proof, the more likely it is that a jury will return a full and fair verdict compensating the injured individual. The better the documentation, the better the possibility of a settlement provided the insurance carrier for the at fault party is convinced that the damages documented fairly represent the damages sustained by the injured individual.

Obviously, in order to obtain a fair result for any client, it is necessary that experienced counsel be employed to do the job. The better the documentation, the more conscientious the attorney, the more likely it is that the result will be favorable to the client.