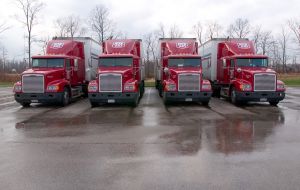 The number of trucking accidents is expected to continue to increase along with the demand for long-haul truckers. In the last decade, the number of trucks on the road has increased by nearly 50 percent — from fewer than 8 million to almost 11 million.

How those truckers are trained will be critical when it comes to ensuring motorist safety. According to government data, it’s the driver who is often to blame for an accident.

The results from the Large Truck Crash Causation Study (LTCCS) by the National Highway Traffic Safety Administration (NHTSA) and the Federal Motor Carrier Safety Administration (FMCSA). The study looked into the causes for serious commercial truck accidents. Officials looked at more than 100,000 large truck accidents that happened from April of 2001 through December of 2003. In each of these accidents, one large truck was involved and at least one person died.

Our Atlanta trucking accident lawyers understand that in many of these accidents there are fatalities — fatalities that could have been prevented. The power and the strength of these large vehicles isn’t something that our passenger vehicles are likely to stand up against in a motor vehicle accident. That’s why it’s usually the occupants of the passenger cars involved who are killed in these accidents. In a sample of the LTCCS, officials looked at roughly 950 crashes. In these crashes, there were more than 1,100 trucks involved, more than 950 other vehicles involved, close to 250 people who were killed and another 1,655 people who were injured. Of the trucks involved, roughly 75 percent were tractors that were pulling a semi and another 5 percent were carrying hazardous materials. About three-fourths of these accidents involved a commercial vehicle/large truck colliding with at least one other vehicle.

According to the recent study, there were three ways that these accidents were most likely to happen. The first, and most common (accounting for about a third of all trucking accidents) happened when a truck ran out of its lane and into the lane of another vehicle or off the road completely.

The second most common cause was when a driver lost control of their vehicle because they were driving too fast for the current driving conditions. These incidents accounted for about 30 percent of all fatal trucking accidents.

The third most common cause for these accidents (accounting for more than 20 percent) resulted from a rear-end collision.