Carl Lietz is a trial lawyer whose practice is focused primarily on complex, federal criminal matters in the white-collar area. But like all trial lawyers, Carl is comfortable handling any matter, civil or criminal, that may ultimately get resolved in a courtroom. For his entire career, Carl has worked almost exclusively in federal court, defending the most serious and challenging cases that exist in the federal criminal system. Although Carl has quietly resolved many matters without any charges ever being filed, Carl also has the experience, courage, and courtroom skills that it takes to go the distance, and obtain a favorable result at trial. As a result of his hard work, Carl has developed a reputation for courtroom success.

At the beginning of his career, Carl clerked for two federal judges and then worked as a trial attorney for 5 years in the Federal Defender Office in Atlanta. In the Defender Office, Carl appeared in court regularly, presenting cases to juries, litigating evidentiary and sentencing hearings, and arguing cases before the United States Court of Appeals for the Eleventh Circuit. In addition, he was also a member of the defense team in the Olympic Park bombing case of United States v. Eric Robert Rudolph.

Since leaving the Defender Office in 2006, Carl has continued to devote his career to the defense of individuals and entities facing or dealing with federal criminal charges, and the seemingly overwhelming power of the federal government. Indeed, because of his vast experience, Carl is qualified to handle anything and everything in federal court. Carl regularly handles matters under the more commonly utilized federal criminal statutes, including investigations and prosecutions involving allegations of mail fraud, wire fraud, bank fraud, health care fraud, bribery, public corruption, overprescribing, adulteration and misbranding of drugs, and money laundering. Furthermore, Carl has also obtained favorable results in cases involving more obscure federal criminal statutes, including the federal criminal copyright statutes, the controlled substance analogue act and a host of other rarely used federal criminal provisions.

In addition to serving as lead counsel in countless federal criminal cases, Carl is also a team player. For that reason, other lawyers regularly recruit him to work on substantial white-collar matters and civil matters, as a member of a multi-lawyer team. Among other responsibilities, Carl has been recruited by criminal and civil lawyers to try cases as co-counsel, write pretrial motions, litigate issues involving expert witnesses, and prepare the mitigation portion of a sentencing presentation.

Carl is a Fellow of the American Board of Criminal Lawyers, a national, legal, honorary society for outstanding criminal trial lawyers, with admission to fellowship by invitation only. In addition, in every edition since 2012, Carl has been selected for inclusion into The Best Lawyers in America (White-Collar Criminal Defense). Carl regularly lectures at national and regional seminars pertaining to federal criminal law, and for the last seven years, he has taught a trial practice course as an adjunct faculty member at the Georgia State University, College of Law. 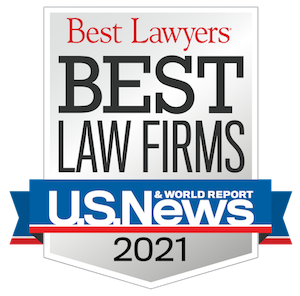 Over $500 Million Recovered for Our Clients
What Our Clients Say About Us
★★★★★
They did an outstanding job in a very complicated case. They worked tirelessly to achieve a positive outcome, which has meant that I am now able to enjoy my life again. My family and I will forever be grateful to them and their excellent team. A.R.
★★★★★
You guys are the BEST!! If I did not say before. As you probably know, this was one of the most trying times, to me, in my life. I have always felt that God has been watching over us, & that we were sent to [Finch McCranie] that day. Anonymous
★★★★★
They addressed my issues immediately and they were very helpful, timely and courteous all along the way, even though I was several states away. I would highly recommend them to anyone needing assistance with any type of legal problem. L.K.
View More
Submit a Law Firm Client Review