A Wish List for Reducing Commercial Trucking Accidents in Georgia 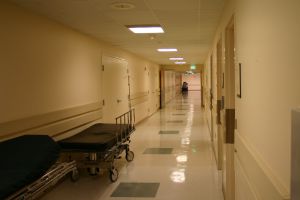 MAP-21, the Moving Ahead for Progress in the 21st Century Act, was signed in July by President Obama and authorizes $105 billion in transportation improvements for the 2013-14 fiscal year. It is the first long-term highway authorization since 2005.

We reported recently on our Georgia Truck Accident Lawyer Blog about some of the safety improvements likely to lead to a reduction in serious and fatal tractor-trailer accidents in Atlanta and elsewhere. Safety initiatives in the bill include electronic logging of drive time, a review of minimum insurance levels, improved driver’s education requirements, and creation of databases for drug testing results and approved certified medical examiners.

“In the trucking industry itself, the mandate for electronic logging of drive time for commercial trucks and the updating of minimal financial requirements for truck companies are huge steps toward safer highways,” said Steve Owings, co-founder of RoadSafe America. “These rules, along with the new drug and alcohol database, will go a long way towards reducing truck/car fatalities in America.”

The organization celebrated the victory with nearly 200 donors last month. The event was held at Atlanta’s Piedmont Driving Club.

Still, there is much work that remains. The U.S. Department of Transportation reports more than 3,600 motorists a year are killed in accidents with commercial trucks. Another 80,000 are injured. While this year’s transportation bill makes several steps in the right direction, it hardly fulfills the wish list of safety advocates.

Each of these improvements represents a chance to save lives. The nation’s roads are only expected to get busier in the coming years. In the past decade, the number of registered commercial trucks on the nation’s roads has increased from about 7 million to nearly 11 million. Presently, there is a shortage of about 25,000 truckers, according to the American Trucker’s Association, and that number is expected to continue to grow as demand once again doubles the number of tractor-trailers on our nation’s roads.