In response to the opioid crisis, the Department of Justice (“DOJ”) has long prioritized prosecution of doctors prescribing opioids in violation of the Controlled Substances Act (“CSA”), 21 U.S.C. § 841.

Passed in 1971, the CSA is an expansive criminal statute originally designed to prosecute people involved with trafficking so-called street drugs—i.e., marijuana, heroine, cocaine, and the like.

Because the CSA was not created to target licensed medical doctors prescribing controlled substances with legitimate medical uses (e.g., opioids)—or to criminalize the provision of socially beneficial medical care more generally—there have long been questions about how to apply the CSA fairly in physician prosecutions.

Thankfully, the Supreme Court recently provided important clarification for cases in which physicians are prosecuted for improper (and allegedly criminal) opioid prescriptions.  Before turning to the Supreme Court’s recent decision, first some background on the CSA.

Background on the CSA and its Application to the Opioid Crisis

The 1971 passage of the CSA coincided with President Nixon’s declaration that drug abuse was “public enemy number one” and his initiation of the “War on Drugs.”  The CSA was drafted to target traditional drug traffickers—i.e., those manufacturing, importing, possessing, using, and distributing drugs like marijuana, heroine, and cocaine.  The law states, in relevant part:

In response to the opioid crisis, DOJ has turned to the CSA to prosecute manufacturers, importers, distributors, users, and possessors of opioids.  Because many medical doctors with legitimate medical practices possess and distribute opioids, DOJ’s investigations relating to the opioid crisis have often led to physicians.  And where DOJ comes to believe that a doctor prescribed opioids in violation of the CSA—often based on evidence of unusual or suspicious prescription practices—it has generally indicted the doctor.

Prosecution of physicians under the CSA is something of an awkward fit because the CSA was not crafted with the goal of empowering DOJ to prosecute wayward physicians for improper opioid prescriptions. In particular, the meaning of the phrase “except as authorized” has long been disputed by DOJ and defense counsel in physician prosecutions.  By regulation, an opioid prescription is “authorized” when a doctor issues it “for a legitimate medical purpose . . . acting in the usual course of his professional practice.” 21 CFR §1306.04(a) (2021).

With this background in mind, we turn to the Supreme Court’s recent opinion in Ruan v. United States.

To start, Ruan was a consolidated appeal arising from prosecutions of two doctors convicted of dispensing controlled substances (opioids) not “as authorized” in violation of the CSA.

The question before the Supreme Court on appeal was what “state of mind [] the Government must prove to convict these doctors of violating the statute.”  The Court held: “[T]he statute’s ‘knowingly or intentionally’ mens rea[1] applies to authorization.  After a defendant produces evidence that he or she was authorized to dispense controlled substances, the Government must prove beyond a reasonable doubt that the defendant knew that he or she was acting in an unauthorized manner, or intended to do so.” 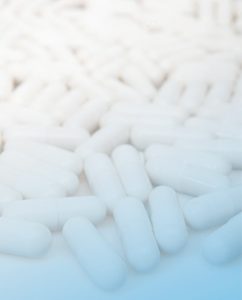 In response to the opioid crisis, DOJ has turned to the CSA to prosecute manufacturers, importers, distributors, users, and possessors of opioids.

In other words, it is not enough for the government to prove that another doctor views the defendant-doctor’s challenged opioid prescription as unauthorized—which was the government’s position on appeal.  According to the Court: “The Government’s standard would [impermissibly] turn a defendant’s criminal liability on the mental state of a hypothetical ‘reasonable’ doctor, not on the mental state of the defendant himself or herself.”[2]  Under Ruan, the government must prove that the defendant-doctor knew the prescription was “not authorized” and prescribed it anyway.

Significance of Ruan and Its Application Going Forward

Ruan will impact prosecutions of physicians under the CSA for years to come.  In holding that the government must prove a defendant-doctor in a CSA case “knew that he or she was acting in an unauthorized manner, or intended to do so,” a divided Supreme Court continued its repeated and vigorous protection in recent years of the mens rea element in criminal statutes.

While Ruan provides needed clarity to the statutory phrase “except as authorized,” physician prosecutions under the CSA are likely to continue raising hard questions about when a doctor’s opioid prescriptions were “for a legitimate medical purpose” and as a result of the physician “acting in the usual course of his professional practice.” 21 CFR §1306.04(a) (2021).

How will Ruan impact other areas of federal criminal law?  Hard to say, but it is notable that the Ruan opinion was 9-0, and that the Court emphasized four factors supporting its decision: “[1] the language of §841; [2] the crucial role authorization plays in distinguishing morally blameworthy conduct from socially necessary conduct; [3] the serious nature of the crime and its penalties; and [4] the vague, highly general regulatory language defining the scope of prescribing authority.”  Those factors arguably apply to other federal criminal laws, and so we expect to see arguments extending Ruan‘s reasoning and holding in future federal criminal cases.  It will be interesting to see how such arguments fare.

Our white-collar crime and government investigations team regularly represents individuals charged with violating federal criminal laws and has represented numerous physicians charged under the CSA.  If you have a question about a federal criminal matter, please do not hesitate to give us a call today.

[1]  What is mens rea?  A prominent legal dictionary defines it as follows: “The state of mind that the prosecution, to secure a conviction, must prove that a defendant had when committing a crime <the mens rea for theft is the intent to deprive the rightful owner of the property>.  Mens rea is the second of two essential elements of every crime at common law, the other being the actus reus.” MENS REA, Black’s Law Dictionary (11th ed. 2019).  In plain English, mens rea is often synonymous with culpable intent or guilty mind.

[2] In response to the government’s argument that “bad-apple doctors [will be able] to escape liability by claiming idiosyncratic views about their prescribing authority,” the Court rightly emphasized: “As we have said before, ‘the more unreasonable’ a defendant’s ‘asserted beliefs or misunderstandings are,’ especially as measured against objective criteria, ‘the more likely the jury . . . will find that the Government has carried its burden of proving knowledge.’”