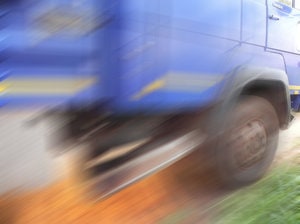 Many teens – and maybe even their parents – may feel that an trucking accident isn’t something they need to concern themselves with. After all, you would be hard-pressed to find a teenager operating a big-rig.

However, because teens share the road with these large vehicles, it’s important for parents to discuss how to navigate safely around them. Teens need to be reminded of the dangers around these vehicles, which can sometimes weigh upwards of 80,000 pounds. Many teens driving are familiar with passenger cars and trucks, but their chances of survival decrease exponentially if they tangle with a large truck. It’s a topic many driver’s education courses may simply gloss over, so it’s crucial for parents to make sure their teen is educated about the dangers

Our Atlanta trucking accident attorneys believe this discussion is all the more important to have in light of a recent study that revealed the number of teens car accident fatalities is on an alarmingly upward incline.

According to a report by the Governors Highway Safety Association, the number of drivers aged 17 and under who died in passenger vehicles increased during the first half of 2011, compared to the first six months of 2010. This was true for all 50 states and Washington D.C.

The statistics showed that 16 and 17-year-olds killed in car accidents increased by 11 percent during that time frame. Once figures are tabulated for the end of 2011, if that is a trend that continues, it will mean the end of eight consecutive years of a decline in teen driver fatalities.

While there is no breakdown in this report of exactly how many of those specifically involved large trucks, what we do know from previous research is that those involved in Atlanta trucking accidents suffer more severe injuries than those who crash into other passenger vehicles.

In a large-scale study conducted by the National Highway Safety Association, researchers looked at trucking accident data from 1975 to 2005. What they found was that more than 7 percent of those killed in trucking accidents were teens ages 17 and under. The next-highest age group, those ages 18 to 25, suffered 17 percent of the total trucking accident fatalities – the most of any other age group. This alone should be evidence enough for parents to have a discussion with their teens about driving around large trucks.

The Geico Educational Foundation in 2009 released a brochure with tips for teens to avoid trucking accidents. The first of those is to be aware of the trucker’s blind spots, also referred to as “no zones.” A good general rule is that if you can’t see the trucker’s mirror, he or she is not going to be able to see you. If you need to pass a truck, make sure you can see the front of the rig in your rear view mirror before you pull ahead. Never swerve in front of a truck or come to an abrupt stop just ahead of a truck, as these large vehicles can’t stop as quickly as the driver of a passenger vehicle. Lastly, avoid getting between a turning truck and the curb, as these vehicles often require a large amount of space to make their wide turns.