Georgia Trucking Accidents to be Reduced by Map-21 Act Initiatives 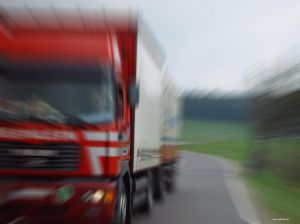 Every year in this country, motor vehicle accidents cost us anywhere from $230 billion to $300 billion to cover property damage, emergency services, hospitalization, lost wages and disability.

In Georgia alone, we shell out more than $7.8 billion.

It’s not clear how much of that can be directly attributed to truck-related accidents, but our Atlanta injury lawyers do know that crashes involving tractor-trailers tend to result in far more significant injuries.

In a newly-released annual report by the Advocates for Highway and Auto Safety, we learn that many states – including our own – have been slow to enact traffic safety laws across-the-board, including tighter trucking standards. This is despite the fact that billions of federal dollars were made available as incentives last year and this year through the Moving Ahead for Progress in the 21st Century Act (MAP-21).

With specific regard to the trucking industry, MAP-21 did make several strides in the key areas to enhance driver safety, stronger oversight, road safety and stronger registration requirements. By handling some of these key points at the federal level, we’re prevented from having to potentially deal with a patchwork of laws, particularly because these vehicles routinely travel interstate routes.

The enhanced driver safety measures include the requirement of electronic on board recorders on all commercial motor vehicles in order to improve compliance with rules regarding hours of service. The hope is that this rule, slated to be implemented by this summer, will reduce driver fatigue. Additionally, the MAP-21 law requires yearly checks of commercial driver’s licenses and would implement a national notification database if a driver’s license status has changed. There will also be a minimum amount of training required for every commercial vehicle driver before they are deemed road-worthy. Foreign commercial drivers operating in the U.S. would have to go through a background check process that would turn up any prior convictions. Safety violations would disqualify them from being able to drive commercial vehicles. And finally, if a commercial driver doesn’t pay a civil penalty, the U.S. Department of Transportation would have the authority to revoke his or her operating authority.

With regard to better oversight, the MAP-21 law will expand USDOT authority to limit the entry or revoke the registration of “reincarnated carriers,” or those that were shut down for previous bad practices and then try to open under a new name. Plus, USDOT would be required to revoke the registration of any carriers that were deemed unsafe. Penalties for operating without registration would be increased, and USDOT would be able to order an entire fleet shut down for non-compliance.

To improve road safety, the law would maintain the current 80,000 pound limit for large trucks, but it would require an extensive, two-year study regarding weight and truck size. The research would produce data revealing the impact of large trucks on our roadway infrastructure safety. Additionally, there will be a study looking out how safe are large rental trucks used by the public.

Tighter registration restrictions include safety reviews for new registrants within 1 year of receiving their license. For motorcoach companies, the safety review would occur within four months. Additionally, USDOT will have the authority to deny registration to a company if the officials there have a common ownership or family relationship with people who have been found unfit or unable to comply with the registration requirements.

All of that will be on federal regulators. As for what Georgia state officials need to do to improve road safety, researchers recommend tighter restrictions for teen drivers and a mandated ignition interlock device for all drivers convicted of DUI.